The Katz JCC WIFFLE Ball Tournament is a biannual tournament that is always held in February and November of each year.  This is the third time that we have played in this tournament.  The rules are always the same, except this time there was a two walk limit.  In previous tournaments there were no walks at all.

Rules:
– Yellow bats
– Unscuffed balls
– 2 walk limit (after your team has walked twice, you cannot walk anymore)
– Medium pitch speed
– Indoor tournament
– Play the ball off of the roof/walls (i.e. you can still get hits and outs)
– Round robin play to seed for playoffs
– Double elimination once playoffs begin
– Count is 3 strikes and 4 balls (until 2 walk limit is reached, then it’s just 3 strikes)
– Once batter has 2 strikes on them, they get 2 fouls… 2nd foul = an out
– No base running
– Single, double, triple, and home run are all based on where ball lands
– Up to 5 players on a team, but only 3 can play in the field (1 pitcher and 2 outfielders)
– 3 innings
– $20 per person

This year there were 5 teams that registered for the tournament.  At the last minute, 2 teams dropped out so there were only 3 teams participating (they usually try to get up to 6 teams).  With only 3 teams, we still followed the round robin play to seed for playoffs.  Each team played each other once and the team with the best record would receive a bye into the best of three championship.  The best of three championship was played between Damage and Way Too Beautiful.  Way Too Beautiful took the series down in 2 games, winning 9-8 (on a walk-off triple) and 8-4.  This is the third time in a row that Way Too Beautiful has won.  The prize was $50 cash.  The prize is always $50 cash except for one year when Way Too Beautiful opted to donate the money back to the American Heart Association and received trophies instead.  If you are ever in the area and looking for a tournament to play in, this one is highly recommended.  It usually wraps up within 4 hours and is a great way to spend a Wednesday night.  The Katz JCC always provides free snacks and water to the players and if you win, you walk away with an extra $50!  The next tournament is already scheduled for February 17, 2016 so mark it down in your calendars (because we have)! 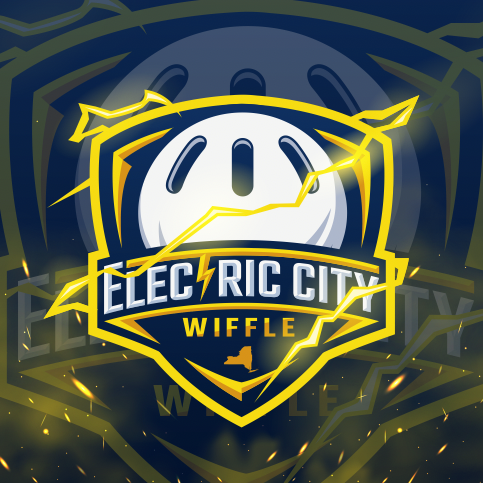